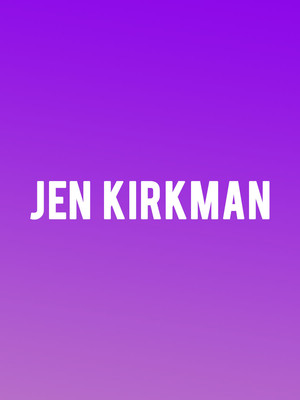 Jen Kirkman heads out on a brand new tour!

A regular on the Chelsea Lately show as a round-table panellist, Jen has cut her teeth in comedy with the best, having also worked with Funny Or Die, and Drunk History. With four comedy albums under her belt, her latest offering Just Keep Living? was released in 2017 to great praise. Now she heads out on the road across North America to tour her outspoken, and proud feminist material, covering subjects from abortion, menstruation, street harassment and Twitter rants.

As one of the writers for the Emmy and Golden Globe-winning Amazon series 'The Marvelous Mrs. Maisel' Jen has been delighting her fans with her written word too, with her 2016 book 'I Know What I'm Doing & Other Lies I Tell Myself' was featured as one of the New York Times bestselling list. Don't miss your chance to see this comedy genius live!

Sound good to you? Share this page on social media and let your friends know about Jen Kirkman at Saturn - Birmingham.