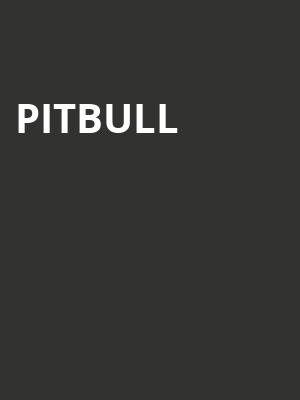 He certainly has something for everybody. His flow of hits careens between populist pop, electro and Latin, all delivered over a relentless booty-bumping 4/4 beat.

Even if you're not a fan of club culture or have suffered from a case of agoraphobia for the last decade, chances are still extremely high that you've danced, tapped your foot or sang along to a Pitbull song. The Miami MC has dominated the airwaves ever since the release of his debut album M.I.A.M.I in 2011. Now catch this captain of club anthems LIVE on stage!

A fusion of Latin music, rap and crunk, Pitbull's own brand of street hip hop draws on his Cuban heritage, so it's not uncommon for strains of reggaeton to sit side by side with EDM beats in his upbeat party anthems. Pitbull's live shows run over with the same fusion, energy and party atmosphere that can be found in most of his tunes, tied together by the rapper's onstage charisma and showmanship.

Sound good to you? Share this page on social media and let your friends know about Pitbull at Oak Mountain Amphitheatre.