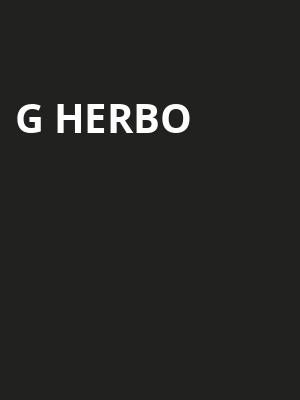 The drill legend stays true to his core: tales of trauma and paranoia that feel like watching him argue with a therapist through a crack in the door.

Hailed as a rapper that has shaped the last decade of hip hop, Herbert Randal Wright II AKA Lil Herb AKA G Herbo has been an influential pioneer of Chicago's drill scene ever since he released emotive rap marathon 'Kill Sh*t' in 2012, aged just 16 at the time. In the years since the outspoken performer has transitioned from underground cult hero to mainstream mogul, releasing career-defining albums Humble Beast, Swervo, PTSD and 2021's release 25.

Sound good to you? Share this page on social media and let your friends know about G Herbo at Iron City.