If you're happy to travel

Bandstand is also touring to: 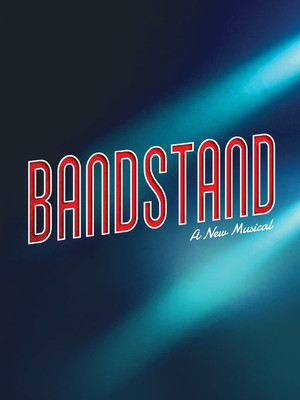 ...hits like a gut punch and a great argument for why theater can sometimes tell a story more boldly and more viscerally than a movie or a television show

Bring Back The SWing

After lighting up Broadway in 2017, and winning a Tony in the process, Richard Oberacker and Robert Taylor's Bandstand has hit the road on tour! With direction and choreography by the Tony-winning Andy Blankenbuehler, Bandstand transports you back to post WWII America in this sensationally sizzling musical.

A musical spectacular with emotional bite, Bandstand follows a group of veterans who form a swing band on their return home, with the hope of hitting the big time in a national radio competition. The production won the 2017 Tony for Best Choreography, and also picked up two Drama Desk Awards. Boasting of some of the greatest Choreography Broadway has ever seen, this all dancing, all singing emotional rollercoaster will leave you with joy in your heart and a hop in your step.

What is Bandstand about?

Donny Novitski is back from the war and unsure what the future holds. His nights are restless, with visions of the battlefield running through his mind, but perhaps music holds the key to his recovery. A once-promising jazz musician, Danny's interest is peaked by a national song competition on the radio, with the winning band bagging an appearance in an MGM movie! Donny sets about putting together a band of fellow veterans, determined that their terrible past experiences shouldn't hold them back from claiming a better future.

With the band improving, Donny's luck seems to have hit an even bigger break when he finds the beautiful and talented widow Julia to be their singer. A romance begins to blossom between the two, yet the band are heading into choppy waters. Their collective pasts can't be so easily forgotten, and the tension caused by all their underlying mental stresses is threatening to break the band apart. As the competition looms closer, they must rediscover their unity if they stand a shot at glory.

Two hours and 30 minutes, with one intermission

Please note that the images are taken from the original Broadway production and may not reflect the current cast.

Bandstand is sure to be a new American classic

Set in Cleveland, Ohio during the mid 1940s, Bandstand is vibrant, colorful and fun whilst sensitively portraying the story of ex-soldiers finding solace - and hope - in music.

Sound good to you? Share this page on social media and let your friends know about Bandstand at BJCC Concert Hall.