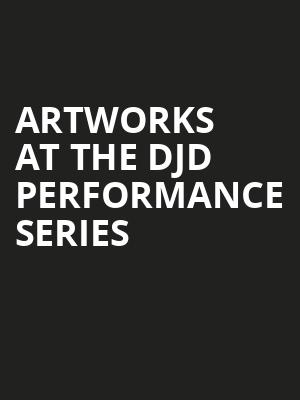 ArtWorks at the DJD Performance Series

Why See ArtWorks at the DJD Performance Series?

The DJD Theater is proud to present the 2021-2022 ArtWorks@TheDJD Series. The professional performance season is dedicated to presenting artists that reflect our community, featuring five award-winning national theatre, musical, comedy, and spoken word acts you won't want to miss!

Do you Speak Mexican? - January 28-29, 2022
HILARIOUS & AUTHENTIC
"Garcia is one of the funniest human beings ever to step on a stage." - The Miami Herald

Broadways Next Hit Musical-The Tour cast
Kim Scott
The Vicious Hillbilly by Dawn Larsen with Special Guest Janet Simpson
Do You Speak Mexican? - With Elena Maria Garcia and Christian Perez
Runnin' from the Rona! by Jo by Jahman Hill

Sound good to you? Share this page on social media and let your friends know about ArtWorks at the DJD Performance Series at DJD Theater.