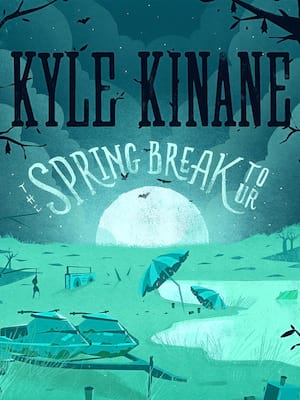 Kyle Kinane is an internationally touring comedian who has appeared on 'Drunk History,' '@Midnight,' 'The Tonight Show with Jimmy Fallon,' 'Conan,' 'Workaholics,' 'This Is Not Happening,' 'Not Safe with Nikki Glaser' and 'Comedy Bang! Bang!'

Comedian and actor Kyle Kinane is taking his funny and relatable stand-up across North America this spring on his Spring Break Tour. The comedian, who made his television debut in the '90s on sitcom The Nanny has appeared on various Comedy Central shows throughout his career and was named one of Variety's 'Ten Comics to Watch' in 2010, He has has toured worldwide.

Throughout his career, Kinane has released two stand-up comedy DVD specials, 'Whiskey Icarus' and 'I Liked His Old Stuff Better' and TV special 'Loose in Chicago.'

Sound good to you? Share this page on social media and let your friends know about Kyle Kinane at Saturn - Birmingham.